I have worked in two elementary libraries for the past 12 years and he is still one of THE favorite authors . For my students, everything he writes is golden.

I was lucky to get a little video clip of him at TLA.

Officer Cazares never ceases to amaze us! She always stays for library night and here she is at her best, reading to our students. 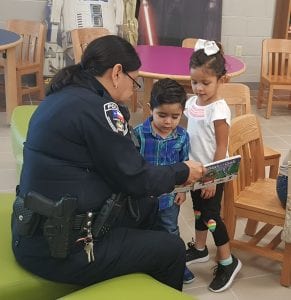 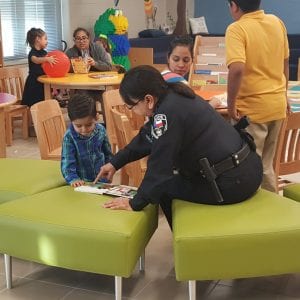 For the first year, brand new UISD campus Freedom elementary joined the global mission to introduce students to computer science. The Hour of Code is the largest learning event in history and for it’s inauguration year the Freedom Elementary Library joined the mission to educate their students in computer science during National Computer Science Education Week, December 4-10, and prior to their first ever Technology Fair.

Computers are everywhere, changing every industry on the planet, but fewer than half of all schools teach computer science. Girls and minorities are severely underrepresented in computer science classes, and in the tech industry. Good news is, we here at Freedom Elementary  on our way to change this.

With the Hour of Code, computer science has been on homepages of Google, MSN, Yahoo! and Disney. Over 100 partners have joined together to support this movement. Every Apple Store in the world has hosted an Hour of Code, and leaders like President Obama and Canadian Prime Minister Justin Trudeau wrote their first lines of code as part of the campaign.

That’s why every one of the Kinder- 5th grade students at Freedom Elementary  joined in on the largest learning event in history: The Hour of Code, during Computer Science Education Week (December 4-10).

What better way to kick off the first day of school at a brand new campus than with a celestial event. The celestial event is a solar eclipse in which the moon passes between the sun and Earth and blocks all or part of the sun for up to about three hours, from beginning to end, as viewed from a given location.  For this eclipse, the longest period when the moon completely blocks the sun from any given location along the path will be about two minutes and 40 seconds.  The last time the contiguous U.S. saw a total eclipse was in 1979.

The Space Science Institute (SSI) was awarded a grant from the Moore Foundation that provided 1.26 million FREE eclipse glasses and other resources for 1,500 public libraries across the nation. In turn, the Laredo Public Library provided glasses to incoming 3rd-5th graders at our brand new UISD Freedom Elementary campus to view the partial eclipse safely.

Thank you Analiza Perez-Gomez, Librarian from the McKendrick Ochoa Salinas Branch Library Laredo Public Library, for being our partner in education.

When it comes to reading, Freedom Elementary is not “clowning” around, they take reading seriously.  They invited Clown Bollitas to help them jump-start the opening of their brand new library for a new year of reading fun. This year we are going full steam ahead with Reading Madness. Clown Bollitas was on deck to help them get excited for the opening of the library and everything it has to offer.

While still a work in progress, before the beautiful library we now have, there was this. It took a whole Summer and part of the year to order books often staying up until 2 and 3 am, but it was well worth it.

We hope you enjoy your new library! 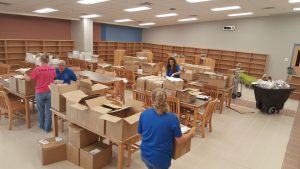 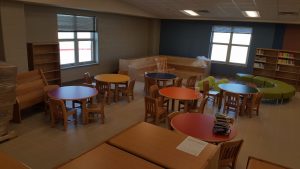 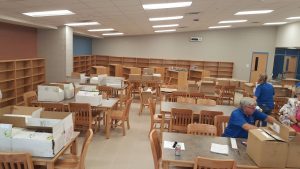 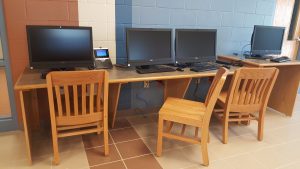 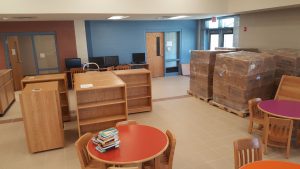 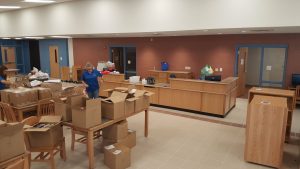 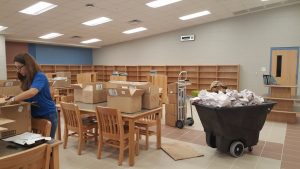 Our special guest for National Library Week is Michael Dahl the author of the ever popular Library of Doom series and he has a special video just for our students!

Congratulations to our school’s first 100 club members for 2017. And both boys! Imagine that. Who says boy’s don’t read!

Way to go boys. The only way to go from here is up! 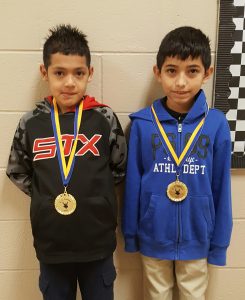 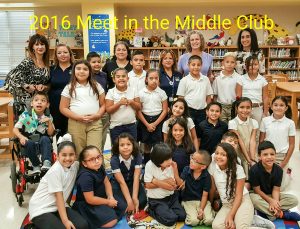 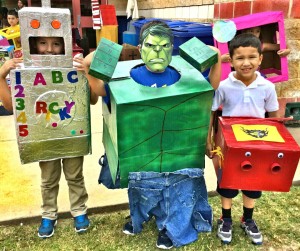 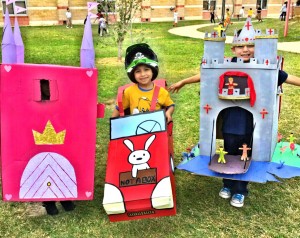 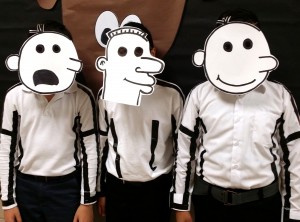 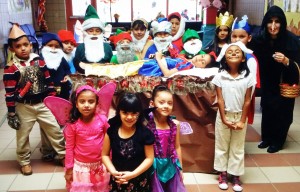